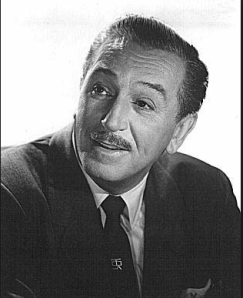 For reasons having to do with the eccentricity and/or passive-aggressiveness of actress Meryl Streep, people have grown interested in whether Walt Disney harbored nasty views. Disney is portrayed in a new movie costarring Emma Thompson and Tom Hanks.

Here is the impression that Walt Disney made on Maurice Rapf. Rapf (1914-2003), who grew up in Hollywood as the son of a prominent MGM executive, worked for many studios as a screenwriter including Disney’s. (He is credited for Song of the South from 1946 and So Dear to My Heart from 1948.)

“Was he at all a Fascist sympathizer or anti-Semite?” Rapf is asked in an oral history.

“I never felt he was. He knew I was Jewish, too. But I don’t think he was an anti-Semite. I think he was a decent enough guy who was very conservative, and it got worse as time went on and as he got richer. When I worked for him, the Disney studio was not very [financially] solid. . . . Then, of course, the strike hurt him a lot, and that made him more reactionary because he felt the strike was Communist-inspired. He did believe that. His brother [Roy] must have convinced him, and he had a lawyer, Gunther Lessing, who was a leading anti-Communist ‘authority.’ So he was being fed all this stuff by his brother and his lawyer. On the other hand, he knew I was a Red, and he liked me and other Reds.”